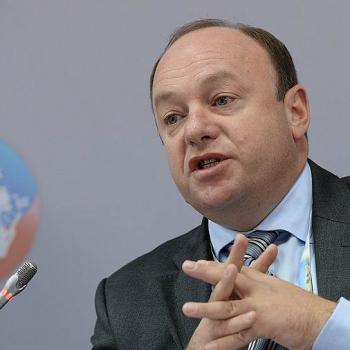 Anyone who went skiing in French Alps, whether in democratic Val Thorens or in fashionable Courchevel would have noticed numerous tourists with pronounced British accent. Actually, those ski resorts are as accessible for Londoners as they are for French. During the winter season, high-speed Eurostar trains go there from the center of the UK capital. It takes the train 7 hours to cover more than 800 km, but, unlike the plane, passengers do not face any restrictions on sports equipment transportation and trips do not involve any complicated logistics arrangements.

Hardly anyone thought about this opportunity for tourists while considering the project to build the tunnel under the English Channel and a high-speed railway going through it and linking the UK with the mainland Europe. The Alpine route is possible due to intermodality taken into account while designing the new transportation system: part of the route the train goes along the high-speed road at up to 300 km per hour, and the rest is the standard railway at a speed normal for an ordinary passenger train. As a result, Eurostar sells in winter up to 25,000 tickets for ‘ski’ trains for the total of up to €2M, and British tourists spend up to €40M at the ski resorts every year.

The impact of such integrated transportation solutions is similar to smartphones revolution. At the beginning of the first iPhone presentation, Steve Jobs promised to present three products at the same time – a new player, a new phone and a new Internet communicator – and he also made it clear that all those functions are combined in one device. As a result, iPhone being an integrated solution supporting the whole range of functions, e.g. camera, navigator and store, became the long-term industry leader, and mobile applications sales via AppStore (the market who nobody fathomed 10 years ago) reached $10 B p.a.

Integrated transportation generates positive impact not only for major airports. Cologne/ Bonn airport that is also on the route of the high-speed railway of AIRail project positioned itself as the transportation hub for European flights. LCCs and charter carriers operate here successfully, and passenger traffic CAGR reached 7% after the high-speed railway was launched. It is a high growth rate for mature European market. Another example is Bergamo airport 45 km away from Milano. In early 2000s, it was a small airport with passenger traffic slightly over 1M per year. However, in 2003 RyanAir selected the airport as its hub and traffic skyrocketed, reaching almost 9M passengers in 2013. Currently, Bergamo is the 4th largest Italian airport. The leading European LCC selected that airport as its connection hub because of its transport accessibility that was one of the factors considered. The airport is located at the high-speed motorway, therefore, over 10 M people can get there in less than an hour.

Intermodal transportation solutions increase travel opportunities significantly. They also set the new standards of comfort and speed for passengers. For example, Switzerland has implemented the Fly Rail Baggage Program that covers Zurich, Geneva and Bern airports as well as more than 80 railway stations. No matter, what the departure airport is and what airlines are used, upon arrival the baggage is automatically sent to the destination station and the passenger may pick it up there the same evening or next morning. Passengers leaving Switzerland may also check in their baggage at the railway station at the point of departure and receive it at the destination airport.

Higher mobility may also be achieved in Russia through new transportation solutions and their integration. The first one is low-cost air transportation model that has become a tremendous success in Europe, Asia and America in the recent years. The first Russian LCC ‘Dobrolet’ will begin its operations in a few months. It would inevitably become one of the market leaders. By the way, two out of five largest European airlines are RyanAir and EasyJet LCCs as of 2013. The second solution is setting up bus carriers, since bus transportation market is in a rather embryonic state in Russia. However, that is successful business in many developed countries. It offers the clients significantly lower prices, although they are combined with less comfort and longer travel time. For example, the largest US bus transportation company competes successfully with the railways – Washington to New York ticket costs now about USD 30 - 40, and that is at least twice cheaper than travelling by train. In Russia, bus transportation would also be facilitated by toll highways. Finally, the third key transportation solution is development of the high-speed railways. Taken together – high-speed railways, LCCs and new bus transportation companies – would improve mobility of the population significantly, thus increasing the size of passenger transportation market. Those solutions may be well integrated with each other. For example, high-speed railways may provide access to new airports. In turn, bus companies can effectively expand accessibility of the high-speed railway stations.

As a rule, transportation and infrastructure projects are perceived positively by the public during the launch stage. This is primarily due to huge potential for the economy. However, projects are subject to scrutiny throughout their lifecycle, and during the implementation stage public opinion is very sensitive to the issues arising. It means that projects are subject to inevitable criticism if any risks arise, e.g. possible cost or time to completion increase.

The main cause of failure of the projects started is exceeding the budget or failure to comply with the deadlines. Proceeding from Bain experience, I believe there are three key components required in order to eliminate such issues. The first one is the project management system; the second is talent management and decision making; the third critical factor is risk management. If the focus on those components was insufficient during planning stage, time and cost management ability declines dramatically during the implementation stage.

Project management system is the critical success factor of a major infrastructure project. At the very early stage, a Project Management Office shall be set up as the capability center and key decision-making center. It would coordinate the project at a global level. Then the project shall be broken down by geographies and by functions. This is necessary, as any infrastructure project consists of numerous subprojects. Therefore, the project structure would be optimal for project management purposes. The next task is to implement a uniform approach to budget control and decision-making at the local level. According to Bain experience, stage/gate methodology is one of the most effective approaches in this area. It stipulates that projects shall be divided into stages with gates between them. The results of each stage are evaluated by an authorized committee, and the project is passed to the next stage only if the previous stage is approved by the committee.

Unfortunately, ‘the HR Department ideology’ still prevails in many companies instead of a flexible talent management system. Different infrastructure facilities require people with different capabilities. The current labor market is absolutely different from the market that existed when major XX century projects were implemented in this country. Projects like BAM did not face the issue of attracting skilled resources, but at present skilled resources selection and retention becomes crucial for major project. Headcount plans shall be aligned with the new transportation system strategy in course of Transsib and BAM modernization, as well as in course of high-speed railways construction. A systematic approach to rotations and career development is required. Bain observations also prove that it is critical to create a flexible organizational structure that would evolve in course of the project.

Organizations usually start thinking about risk management when a hazardous situation has already emerged. The global financial crisis of 2008-2009 is a vivid example. Risk management specialists were strongly sought-for, but unfortunately after several major international banks went bankrupt. And that happens in many industries. For example, BP accident at Deepwater Horizon that occurred in the Gulf of Mexico in 2010 transformed understanding and perception of risk management needs in oil and gas industry. All major oil companies increased their investments in accident-prevention programs significantly. The quality of new requirements to drilling equipment vendors changed. And, more importantly, people from all levels of organization re-thought the necessity of accident-prevention methodologies.

The correct risk management system includes identifying all relevant risks, their qualitative and quantitative analysis, as well as activities aimed to reduce the probability of hazardous situations. The most resource-intensive analysis is required in order to identify the risks. In addition to changes in the competitive environment and communication with the public, financing issues shall be worked out with investors. It is also necessary to review the suppliers, and concerns may be raised both by monopolies in certain industries and by the lack of reliable and sustainable companies in others. Legislative and legal risks mitigation helps to avoid the issues with planning permissions and land use if there are private owners. Engineering and construction aspects shall also be reviewed. For example, the potential impact of the regional geologic profile and climate upon the project schedule shall be analyzed. Special attention shall be paid to imported technologies due to their high complexity and resulting operating risks and technology localization risks.

I believe that high-quality risk management combined with the strategy of projects integration is the key to successful development of transportation infrastructure in METR region.