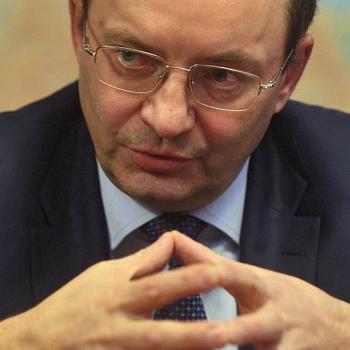 It is interesting that the most progressive railroad countries (Japan, France and Germany) gambled on new technologies in the 1960s. Railroads were a vestige of the past, and the maximum commercial speed of 210 km/h achieved by a train was considered the ultimate dream.

During this period, the Japanese and Germans started designing magnetic cushion trains, while the French worked on air cushion designs. However, "air trains" never got off the ground except for a short magnetic cushion section in Shanghai. High-speed trains "took off" instead, and reached speeds of 260 km/h in 1981, 300 km/h in 1989, and set a record of 574 km/h in 2007.

The high-speed rail revolution is also changing the social life of the entire METR region (Middle East, Europe, Turkey and Russia). Above all, these changes have to do with freedom of movement: fast and high-speed trains have increased people’s mobility by many times for distances from 100 to 800 or even 1,000 km.

There is an interesting historical viewpoint of the situation in our country. The first railroads in Russia were built during the reign of Alexander II to truly liberate the peasants from "attachment to the land" by giving them the opportunity to move to the new industrial centers. However, as a result, one "law of serfdom" was replaced with another. Today, people involuntarily resettle in large cities with more opportunities for self-fulfillment. New high-speed railroads will allow the new "liberation of people", while at the same time revitalizing a large number of small and medium-sized cities.

Specifically, the project to build the high-speed Moscow-Kazan main railway line (HSL) initiated by the President Vladimir Putin must become the basis for new social changes in Russia. We are speaking about the Moscow-Kazan HSL as a potential subway or suburban electric train of future urban areas. This is because, at speeds of 300–350 km/h, communities within an hour’s travel are becoming stops on the future Greater Moscow, Greater Kazan and Greater Nizhny Novgorod. Communities up to 400 km from each other that can be reached in less than an hour and a half will be regarded as "suburbs". Thus, urban areas are extending to 400 km, and cities like Kazan and Nizhny Novgorod, for example, are becoming suburbs of each other. At the same time, the importance of these stopover communities will sharply increase rather than decrease. This is because, in modern Russian conditions, such distances – from 50 to 400 km – are the most difficult. Covering these distances each day is equally long and difficult in both cars and trains. Since people’s income and social level decrease sharply at these distances, the most ambitious citizens try to move closer to the center. Thus, when the HSL passes through these stations, they will get a "second wind" and migration of citizens to large cities will stop. The fact is that when high-speed rail travel is available, moving for work is no longer obligatory. Like residents of Lyon or Turin arriving in Paris or Milan, residents of Vladimir or Petushki will be able to travel by the HSL to Moscow or Nizhny Novgorod in less than an hour (it takes an average of 2.5–3 hours today). So in fact, it will be a new high-speed subway with travel intervals of 4–6 minutes.
Furthermore, a "centrifugal" trend has been observed in a number of European countries, especially Spain and France, due to high-speed trains. People have started moving to small communities located up to an hour and a half from large centers by high-speed train. The advantages of life in the provinces includes a good environment and lower prices; and in the case of real estate, the difference can be substantial. Middle-income families who buy an apartment 20 minutes from the center of Moscow by high-speed train (80–100 km) will pay off their mortgage in about two – five years. A mortgage for an apartment right in Moscow, but at the same distance from the center will have to pay for thirty years. Thus, people will be able to buy or rent better quality housing for less money. It will also become perfectly normal to live where it is more comfortable and work where there is more money.

The new wave of social changes will also affect the more affluent demographics. This is because the cost of land in Vladmir or Niznhy Novgorod regions is not comparable to the cost in areas around Moscow. However, after the HSL project is implemented, from the center of Moscow, these places will be at about the same distance in terms of ease of travel.

Thanks to the HSL, offices of large companies, universities and exhibition centers will be able to move to a distance of 1–1.5 hours of travel from central "high-speed subway" stations. It is clear that the HSL will become an excellent tool for decentralizing business, and thus for reducing the load on the infrastructure of large cities. It is precisely because of transportation problems that the idea of moving some government offices outside of Moscow has never got off the ground.
At the same time, as European experience shows, the quality of life improves in small cities due to "high-speed subway" stops, because people from large cities or those who work there need better quality services. Consumer demand will appear, which in turn will stimulate the expansion of education, medicine and services in these communities. So ultimately, many opportunities for growing small and medium businesses will appear.

The Internet has already enabled large corporations to move their service centers to the regions. Some consultants will also go out to the regions with the appearance of the HSL. They will be able to get to their clients in the time that today is spent in urban traffic jams.

The Moscow-Kazan "high-speed subway" will give people the opportunity to earn more and make better use of their free time for traveling. Within a day, a resident of Nizhny Novgorod will be able to take a trip to see the Kazan Kremlin and return within a day after spending a total of three hours on the road. The Moscow-Kazan "high-speed subway" will make the beautiful cities on the way accessible – the cities on the Golden Ring, for example. In many ways, high-speed railroads have revitalized a number of former industrial cities in Europe. For instance, the government of the French city of Lille lobbied for construction of an HSL through their city, which brought in half a million tourists annually, which is 15 times more than before.

The reason for the success of HSL in the METR region is associated with both socioeconomic and other factors, including environmental. A train traveling at speeds up to 320 km/h consumes less than one liter of fuel per passenger, or four times less than the energy consumption of a car and seven times less than an airplane traveling the same distance. Moreover, atmospheric emissions from HSL are many times less than from aircraft. If clean energy is used, this figure may even be 100 times lower. Finally, a railroad line is four times more efficient than a highway in terms of carrying capacity and occupied space.

Russian Railways has the longest rail network in the METR region. Of course, this gives us an advantage in terms of ability to transport freight within the country and for international trade. However, if we want to get a big piece of the pie, including traffic between Europe and Asia, we will have to increase the speed and reliability of freight delivery many times. For this purpose, a project to upgrade the Trans-Siberian and Baikal-Amur lines has started at the initiative of the President Vladimir Putin.

Of course, the HSL project is also expected to increase the competitiveness of Russia’s transportation system. In this context, we should note that it will significantly reduce the load and risks on existing lines, since it will be used for trains with varying speeds. As a result, Russia’s Transport Strategy to 2030 calls for construction of more than 7,000 km of fast and more than 4,000 km of high-speed lines. Implementation of the pilot Moscow-Kazan HSL project is currently underway. In addition, there are plans to extend this line to Yekaterinburg and build a line from Moscow to St. Petersburg. Construction of the Moscow-Adler HSL with the option of extending it to Sevastopol is becoming especially important, specifically from the geopolitical standpoint.