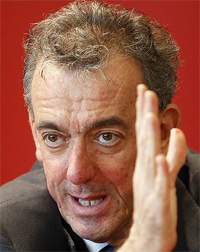 Alessandro Pansa is the former CEO at Finmeccanica S.p.A

Mr. Pansa was born on 22 June 1962 and started his career as a financial and business consultant after finishing his education in Italy and the U.S. In 2001 her was appointed financial director at Finmeccanica and later on was promoted to CEO in early 2013. During that year he was able to balance the company’s financial situation and start being profitable after suffering losses of €792 mln. Besides that, he was able to persuade the government that energy and transport sectors should be considered a separate business.