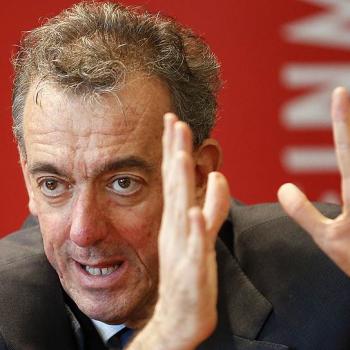 Photo by Bloomberg via Getty Images

What hinders the transport sector from transitioning to new technologies

Alessando Pansa, CEO at the Finmeccanica S.p.A. hi-tech industrial holding, believes that the reason why the transport sector has not shifted to new technologies yet is the lack of political and economic will as opposed to a lack of engineering solutions.

The European transport policy should be aimed to create a sustainable system capable of satisfying the society’s economic, social and environmental needs as well as contributing into the development of an integrated and competitive Europe.

It is of utmost importance to make sure that the transport system we create is of high quality, high safety and as environmentally compatible as possible. This is why the European Commission has supported and funded engineering projects designing low-emission transport means in compliance with the demand for environmental sustainability. European companies do have the required technologies, but the problem is that European governmental agencies are seldom in a hurry to introduce the latest developments.

Air transport can work as an example. Let’s take the European Clean Sky project aimed at creating an innovational air transport system based on the introduction of the most advanced technologies in order to minimize its environmental impact by reducing the noise and atmospheric pollution as well as optimizing the fuel consumption. Working on joint industrial programs could help to bring this approach to other METR (Middle East, Europe, Turkey, Russia) region countries. One of these programs is the new regional Superjet 100 plane manufactured by Sukhoi company in cooperation with Alenia Aermacchi.

Transitioning to a low-carbon economy would require significant funding that must be coordinated efficiently. With the state keeping its key role in this process, the transport sector will still have to look for additional funding sources. European Commission’s suggestion to introduce fees for negative environmental impact, i.e. air pollution, CO2 emissions or noise, is noteworthy in this respect. On the one hand, it makes people pay more attention to their behavior as far as its ecological impact is considered, and on the other it can work as a funding source for the transport sector. The latter can be boosted further by combining the allocations for transport and infrastructure projects.

The transport system is most effective only when it’s fully integrated. This is typical of the air transport. As opposed to the US, EU had no common air space back in the 20th century. Besides that, today European air space is one of the most densely loaded (over 33 000 flights per day). The EU initiative to create “Europe’s common sky” is aimed to put an end to this fragmentation and thus improve the service quality. In June 2010 a preliminary agreement was approved by EU and US authorities to make the two existing air traffic management systems, SESAR and NextGen, compatible. Further integration with other countries, particularly those of the METR region, is not ruled out.

Maximum integration and compatibility are necessary to optimize the European transport system. Creating a new infrastructure will undoubtedly cost a lot, but it should be taken into account, that a simple modernization of the existing one can go a long way. Smart transport systems and European global positioning satellites can be used to make traditional transport systems more efficient and integrated.

A common transport system cannot be established as long as internal barriers remain. The number of companies working on the large European market is constantly growing, and this is why it is important to eliminate all the legal barriers that hinder their activities and cut their administrative expenses, thus completing this market as an established one. It is very important to harmonize the transport legislation in all EU member-states as far as environmental responsibilities, labor legislation and passenger rights are concerned; otherwise there will be no equal market access for companies from different countries. Effective coordination will be required to secure interoperability for new technologies and standards and filter out those systems that will be hard to integrate on the national and international levels. Macro level cooperation allows to reduce the expenses and make regional and local systems more efficient through synergy.

The European rail transport system is noteworthy in this respect. Its current configuration is rooted in the history of its development: it was designed to promote internal integration as opposed to the global one. It its turn, this resulted in technological differences between national railroad systems. This is why the European railroad agency is currently working on overcoming these differences and harmonizing the technical parameters. This is, of course, a long and challenging process, but the idea behind it is very reasonable because these measures will provide for maximum compatibility in the future. Proper integration of freight and passenger traffic will be possible only with political and economic will of the decision-makers behind it. The problem is that there are still two Europes: there’s the Europe with open competition for international companies, but there’s also the Europe where there is only internal competition. The Transeuropean transport network project is another step towards achieving the goal of EU integration.

Full-fledged integration of the EU transport system will change many aspects of Europe’s daily life, including the role of a city as part of this network. These, especially the major ones, will turn into logistical hubs for passenger and freight traffic. This means that urban transport systems must be made as efficient as possible as well. The sooner this challenging task is completed, the easier it will be to transition to a single ticket system covering the whole journey no matter what transport the traveler is using. For example, a single ticket could be used to board the plane and, once you’ve landed, to reach your destination by urban transport. All technologies required to make this concept work already exist; what is missing is the tested business model that will take into account the interests of various transport operators.

Europe is a global supplier of high-end transport technologies. This also means it exports its standards and norms based on its technical solutions. It can be illustrated by its Euro emission control system as well as ERTMS high-speed railway signaling system. The introduction of these standards can boost the integration between Eu and its neighbors and speed this process up.

Spatial Economics: On the Threshold of a New World