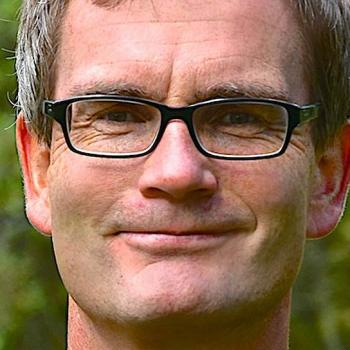 A safe, efficient and well-connected transport system is usually perceived as a key to a prosperous future. European transport policies therefore aim at unifying transport arenas, developing green corridors for fast intermodal transport, and at de-mounting legal, technical and physical barriers to ensure efficient mobility in the future.

Human mobility and mobility in wildlife serve very similar needs. The important difference between humans and wildlife is that they now use competing infrastructures. Green corridors for efficient vehicle transport and Green Infrastructure for wildlife do hardly go well along. Where both networks intersect, natural movements are inhibited and animal populations may become isolated and vulnerable.

Modern transport systems with their supporting infrastructure entail substantial environmental impacts: they consume non-renewable natural resources including our most limited asset: space. The transport sector is one of the main drivers in the global loss of biodiversity, both directly, by affecting natural living spaces, and indirectly, by preparing for other sectors to spread and exempt natural resources. Furthermore, transportation stands for about 20% of the global carbon dioxide emissions and contributes significantly to climate change and air pollution.

In many respects, today’s mobility is thus far from being environmentally and socially sustainable. To achieve sustainability, we need thus to limit unnecessary growth in transport, optimize inter-modal cooperation, improve planning and decision processes and, above all, decouple transportation from its direct environmental effects. New transport strategies must be developed in concert with an adapted planning for land use that integrates green and transport infrastructures and aims at reducing the overall impact.

Traffic is responsible for the death of hundreds of millions of wild animals in Europe each year. Some endangered groups of species, such as amphibians and large carnivores, are especially exposed and sensitive, but also among common wildlife species, the toll of traffic can be substantial and locally a threat to management and survival of the species.

Collisions with larger wildlife, such as wild boar or deer, are known to produce a considerable economic cost to drivers and transport operatorsLess well known is that even in railway traffic, especially high speed systems, collisions with larger animals can cause expensive repairs and extensive delays.

Many species are killed in traffic in their attempt to cross the road or railroad, and those that not even try may suffer from barrier effects. Transport corridors impose movement barriers both directly, through their physical presence and attributes such as fences or gullies, and indirectly, through traffic mortality, repellence and avoidance. Barriers can entail undesired changes in the abundance and resilience of wildlife populations, on their genetic exchange and viability, and ultimately, on biodiversity at large.

Traffic noise, light, invasive species, chemicals and particular matter, and various other disturbances spread from infrastructure into the adjacent landscape and degrade living conditions for both wildlife and humans.

Thus, even if the area physically consumed by roads or railroads may be seemingly small, traffic and infrastructure affects an area that is substantially, may be more than 20 times, larger.

The very first question to address in any development plan is whether it really requires new infrastructure to meet the anticipated transport demand. Maybe the need for increased mobility can be better and more efficiently tackled by enhanced internet services that may change how and where people work, or with improved public transport rather than with old-fashioned highways. Maybe existing means of transport can be used more efficiently or maybe an upgrade of existing infrastructure would equally well suffice. New infrastructure is not automatically solving an increased mobility demand.

It may seem ridiculous, but in many cases, the decision for a new road or railroad has unofficially been taken long before any strategic evaluation is made on whether or how the transport demand can be met most efficiently. Responsible strategic evaluation must balance economic, environmental and social demands. And it must be evident that new infrastructure, no matter how well adopted, always comes with a net loss of natural living spaces and thus biodiversity.

As a rule of thumb, larger unroaded nature areas should be avoided for new infrastructure development. The Declaration of the IENE 2014 international conference on Transportation and Ecology promotes roadlessness as important criteria in spatial planning and nature conservation. The lack of roads (and railroads) characterizes areas that are still devoid of the negative and disturbing effects of modern transport and thus still have a high potential for being ecologically integer and coherent. Even if such areas in the METR region may no longer comprise virgin habitat, they are likely to provide fundamental ecological services that can no longer be found elsewhere. Large undissected areas have already been lost in Western Europe, but they still do exist in the eastern European countries like Poland, Romania, Bulgaria, Russian Federation, and Ukraine as well as in the areas along the European Green Belt. In consequence, protection of roadlessness leads to a bundling of transport facilities into corridors, a development that may be beneficial also from an economic point of view, as different infrastructure owners can share costs for mitigation measures. The principle of transport bundling can also be applied to existing secondary and tertiary infrastructure. Bundling can be achieved by temporary road closures, traffic calming or speed reductions on less important road linkages.

Vehicular traffic and wildlife should be separated wherever possible. Ideally, major transport facilities could be built under ground or encapsulated alike pipelines on legs to provide wildlife (and pedestrians) sufficient space to move around. However, entire road tunnelling or encapsulating may not be feasible at present, but it is fully possible and in fact, necessary, to provide adapted crossing structures that sustain a safe and sufficient mobility for both vehicles and wildlife. Such structures shall be placed where transport corridors intersect with the ecological backbone of the landscape, i.e., its Green and Blue infrastructures. For the transport sector, the concept is familiar and very handy as is helps to locate where mitigation efforts for mobility must be prioritized. As postulated by the IENE 2012 declaration, there is an urgent need to integrate Green Infrastructure with the expansion plans of the Trans-European Transportation Network in order to ensure that mitigation will be considered early enough in the planning process to be properly and cost efficiently solved.

Where green- and transport infrastructures intersect, ecoducts, fauna passages or landscape bridges provide the technical solution of choice. Experiences on such constructions are many and there is sufficient technical and ecological knowledge available to provide detailed guidance for their planning and design. Excellent examples can be found in the Dutch Long Term Defragmentation program or the more recent German Defragmentation program.

Ecoducts typically aim at multiple species, entire habitats or ecosystems and must hence provide a large enough space for a variety of species, sometimes including humans. Smaller passages, designed for a certain group of species only, such as culverts for amphibians, badgers or otters provide an important and less costly mitigation that can be implemented more frequently where a concrete need or opportunity exists. Larger wildlife, such as deer or carnivores may even accept passages that are were not primarily designed for them. Conventional bridges and underpasses for private roads or pedestrians may, if sufficiently large and undisturbed, provide valuable passages for these species. Small adjustments in their design (protective screens, enlarged width, non-asphalt ground cover, suitable vegetation connecting to the passage) may increase their efficacy for fauna. In addition bridges over streams and rivers can provide important passages even for terrestrial wildlife, if they provide a large enough and dry shoreline.

As stated above, wildlife and vehicle should be kept apart, to prevent costly and dangerous collisions and to protect species that are especially sensitive or exposed. This can be done in space by installing exclusion fences or gullies that keep animals off the road surface and lead them to dedicated safe passages; or in time by closing roads temporarily or by deterring wildlife from roads when vehicles approach.

Physical separation of wildlife and vehicles is necessary in situations where vehicle traffic pattern cannot be changed and/or where collisions cannot be accepted for economic, safety or ecological reasons. This includes most highways and many railways, especially high-speed lines, but also smaller roads when it comes to for example amphibians.

Important for a successful mitigation is good knowledge about where and when wildlife is killed in traffic or where accidents occur. Many administrations, however, do not have appropriate data, although this information may be easily obtained from maintenance crews, police reports, field inventories and through public involvement. Citizen science holds a promising tool thanks to the use of smart-phones, social media and internet-based reporting.

Areas next to transport infrastructure are intensively affected by e.g., the spread of chemicals, particles and/or noise and groundwater flow. While cleaner fuel and more efficient engines have already eased the toxic load along transport corridors, there are other agents that need to be controlled. Traffic noise is of particular interest to wildlife and humans. It is a significant problem in cities but increasingly acknowledged also in rural areas and sensitive nature sites. Noise diminishes the perceptional environment of many species, especially birds and bats, interferes with their mating and foraging behaviour and can lead to weaker individuals and fewer offspring.

While many species are sensitive to the presence of modern transport infrastructure and traffic, some species can cope with the stressed environment and even benefit from the habitats that can be provided in verges, embankments or other areas within transportation corridors. In fact, the value of open road verges for plant and insect life has been recognized early, and for many species linked to grassland habitat, verges can provide an essential refuge. Verges are clearly multi-purpose areas. If well designed and well integrated, they can indeed provide a valuable enrichment of the landscape and strengthen its Green Infrastructure.

When mitigation may not suffice and negative impacts can not be avoided, some loss of nature may be compensated for through habitat protection or restorations near the site of the impact or at other strategic important sites. Biodiversity offsetting offers another tool to financially compensate for biodiversity losses by supporting other areas of environmental value. In most countries, compensation in the form of biodiversity offsetting is optional, where as in some, such as Germany, Australia, New Zealand, compensation is compulsory and an integral part in spatial planning. The European “no net loss initiative” is a step in this direction.

Overall, we have today considerable ecological knowledge, practical experience and technical means at hand to develop ecologically well adopted transport infrastructure. Thus is there no excuse for repeating yesterday’s mistakes and for not considering current knowledge and best practices. Practical handbooks and guidelines concerning wildlife and traffic are available.

Some questions, for example those, that relate to the efficacy of technical mitigation measure for wildlife populations or the adequate level of mitigation needed to maintain the desired status in nature, are still open and need to be addressed at large scale, preferably so through international cooperation where costs can be shared and data obtained more quickly.

A final barrier to a successful implementation remains in the attitude of decision makers and stakeholders. Ecological concern in road or rail construction has long been ridiculed or perceived as an irritating obstacle to progress. But this occurs if ecological concern is merely an add-on to an already on-going infrastructure plan and not part of the overall objective for new infrastructure. In addition, many of the costs related to the impact on wildlife are not well understood nor considered. But where the costs are made evident, as for example in animal-vehicle collisions and their consequent repairs and traffic delays, they can be astonishingly high.