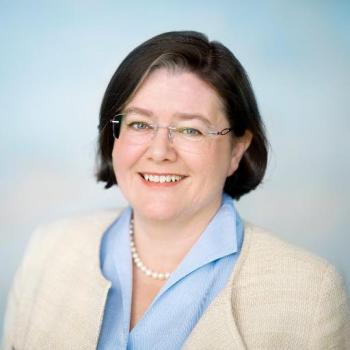 Anette Solli, mayor of Norway’s second largest region in terms of population, speaks about the interregional project of the European Union

Anette Solli, mayor of Akershus, Norway’s second largest region after Oslo, speaks about the interregional project of the European Union.

The Oslo and Akershus region in Norway strives to create a reliable transport connection with the rest of Europe. This can be achieved through a link with the European Union’s TEN-T main network. One of the European corridors, the Scandinavian Mediterranean transport corridor (ScanMed corridor), is set to run from Palermo to Oslo, Stockholm, and Helsinki. It will be built in the most densely populated part (8M people) of the region that forms the so-called Scandinavian 8 Million City.

The existing Oslo Gothenburg - Copenhagen railway line is practically the backbone of the single labor market. Any Scandinavian town is too small to be competitive on the global market. Today, new jobs in our region are created primarily in major conurbations, since access to expertise and a qualified workforce directly depends on the size of the population.

There is an indisputable need for development of a cross-border plan for investments in the Scandinavian railway sector within the framework of the project of creation of a new Scandinavian transport system for both passenger and freight traffic. Subsequently, implementation of this project requires a closer political cooperation.

Creation of the single market along the Oslo – Gothenburg – Copenhagen corridor is subject to the following requirements:

There is no doubt of the need for large-scale, step-by-step expansion of the existing rail infrastructure and construction of a new one. Nor is there any doubt of the urgency of this issue. When the Fehmarn Belt connection opens in 2025, the Scandinavian countries will have the possibility of a rapid, direct link with the railways of the other European countries and, first and foremost, the TEN-T network.

A modern cross-border infrastructure plays a decisive role in economic development and enhanced competitiveness in both the short and long term. Today, each country plans its own infrastructure, which means that rail traffic cannot be viewed as a reliable, efficient and sustainable transport system. Any delay in the necessary investments for construction of the strategically important transport corridor can impede economic growth and social development in this region.

The concept of creation of the Scandinavian 8 Million City aims to utilize the common economic potential which can be used, first of all, through high-quality investments in the rail infrastructure connecting Scandinavia together as a cohesive functional region. Although the Danish-Swedish region of Öresund, with its population just under 4 million, is Scandinavia’s largest region, it is nevertheless quite small on an international scale.

For small export-driven economies, such as the Scandinavian countries, such scale may bring a great challenge in the future. With ever-increasing international competition, including access to a qualified workforce and expert research and innovation clusters, Scandinavia’s capital cities today lack in the population size.

According to numerous criteria, the Öresund region possesses adequate potential to be transformed into a major European conurbation. Linking the Öresund region with the Gothenburg and Oslo regions will allow achieving a greater dynamic effect, since this consolidates the regions that today are notably strong in terms of the labor market, education, research, and industry.

This Scandinavian region is growing dynamically. In the past decades, this growth has become concentrated around the cities along the railway corridor. Currently, it consists of a number of large labor markets totalling ca 3.5 million people. The labor force has, collectively, an increasing level of expertise and education in parallel with the structural reforms at the industrial enterprises in the area of the corridor. Currently, along the Oslo – Gothenburg – Copenhagen route, there are 29 universities with 260,000 students and 14,000 researchers. With its 22 research parks and innovative incubators, the corridor is becoming a cohesive Scandinavian belt of knowledge.

According to experts, the demand for passenger and freight transport by rail is estimated to double by 2030. Joint efficient planning of the cross-border infrastructure will enable the achievement of the results that are not possible for the three countries individually. The inter-regional EU project “The Scandinavian 8 Million City” shows how the introduction of the InterCity system can halve the current journey time between Oslo and Copenhagen (from around 8 to 4 hours). Investments in a high-speed metro operated on its own tracks in parallel to the existing railway line will help reduce the end-to-end journey time to 2.5 hours. At the same time, this will allow increasing the capacity of freight and regional traffic service. When freight transportation is transferred from road to rail service, road congestion will be decreased and traffic safety will improve. Additionally, the countries’ national environmental and climate targets will be achieved.

Implementation of the Scandinavian 8 Million City project requires investments for achieving the following:

Bottlenecks along the route, especially on single-track sections and around the cities, must be eliminated.

Investments in the rail infrastructure are needed in the short term in order to increase the volume of railway traffic and relieve the pressure on main motor roads.

Regulations governing cross-border freight traffic by rail must be harmonised and optimized.

Railway technical standards need to be harmonised. Investments in construction of modern railways and development of unified rules and standards will allow increasing the capacity of the railway transport and improving the regional environmental situation.

The cost of upgrading of the entire Oslo – Hamburg line is estimated at €23 billion, with €18.3 billion of them allocated to national programs. It is very important that infrastructure development be coordinated between the countries, with regard to both maximum efficiency of the infrastructure and cost optimization.