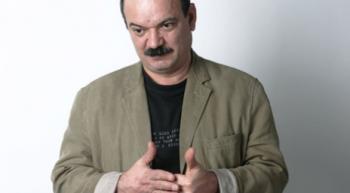 When we deal with a METR space (METR – Middle East, Europe, Turkey and Russia), the question of inner relationships comes naturally. The METR-region is to live "en rapport", and these relationships have existed during all historical periods. Roman, Byzantine, and then following Ottoman Empire integrated METR-region according to their own value systems and laws. During the Medieval period these connections were intensive and not necessarily hostile. Popes studied in Islamic Spain's universities before taking up their office, Friedrich II founded several universities in Italy where Muslim professors taught. Sometimes these relationships turned into conflicts and wars, sometimes countries allianced, which was quite beneficial for them. No matter which ideology, religion or nation, there has been a certain system of correlation between these countries. Middle East, for instance, has always looked to the North. It becomes evident if we give an example of Libya and Morocco, which are African governments. However, they have a lot more to do with Spain and Italy, than with Chad or Nigeria.

It is absolutely clear that in future the region will keep this contacts, although it is rather difficult to discuss its configuration. Countries of the METR-region correlate so tightly that they cannot allow themselves to ignore events occurring in neighboring states. Middle East is under the influence of Arab spring and its consequences - everything burns and flares. Europe tries to cut off from the problem, building defensive walls to protect itself from the stream of refugees from this region. However, European countries cannot push the matter through, being afraid of getting unfriendly regimes, and just like in case with Mali, they have to interfere. Russia also tries to keep aloof from the region trying to preserve the reality which existed before. Indeed, we consistently defended all the regimes which were ousted. But the matter is not in deciding which regime is better. The matter is that Mubarak's day is gone. Even if we assume that Asad will remain as president, it is evident that Syria will no longer be the same. And this will be an exception that proves the rule. All Middle-East region is rapidly changing now, it is not clear for the worse or for the better. It is unclear to what the situation would grow into. We cannot predict even "territorial" future of the region: will the existing states preserve or not. This being said it is understood that ther will be no balance in the region without Russia. But in order to recover balance there, Russia has to comprehend and re-establish relationships with the Middle East. Probably this will require some kind of a pause, but we know from the history that pauses lead to quick occupying of vacant positions by someone else. In this situation faster action is needed.

The main positive tendency within the framework of METR-space is Russia-Turkey relationship. Now it goes strong, though in soviet times, especially after the war, they were antagonist countries, belonging to different coalitions. USSR saw Turkey as a threat, and vice versa. Today, by examining shifts of commodity flows, quantity of reciprocal visiting of countries it can be inferred that the relationships are effective. Actually, they are close to a strategic partnership. What is more, Russian and Turkish economies are not competing but complementary. And one more detail, which cannot be left behind - the similarity of these states' history. Just as Russia, Turkey was an empire,which colonized new territories. It also experienced reforms, "imperial power statehood" syndrome and separation of nations. But Turkey passed through these things 70-80 years earlier, and considering this we may suppose that the Turks "understand" Russia better, than the Russians "understand" Turkey.

When Russian politicians discussed the problem of Russian fellow citizen, all the world thought that this was a political gambling focused on Soviet Union's revival. The Turks, unlike most of other countries, wrote and spoke about these things with sympathy, because they passed through the same process: the Balkan Turks and Turks of Middle East suddenly turned into minority, which was to blame for the events of the past. It is a horrific tragedy when a man belonging to an imperial nation is in the minority. Taking into account these events it is evident that our relationships have very complementary prospects.

The future of the METR-region and new system of its inner relationships is connected to the question of elite. The current crisis in Europe and Middle East is a consequence of the old elite quitting the political stage while the new one has not been developed yet. This fact issues a challenge for Russia. Its role in the METR-region is to a large extent related to an ability of creating conditions for a new loop of inner “passionarity”.