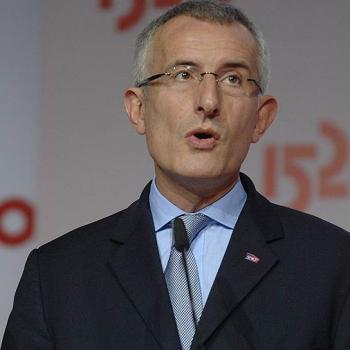 Efficient projection of traffic volumes is a cornerstone of any transport infrastructure project. As experience shows, it is especially important to use projection models optimal for each type of transportation. The projections are based on external parameters, for instance, electricity price dynamics and altering control and security regulations, and the transportation industry’s ones, among them altering tariffs.

Naturally, every scenario requires a thorough analysis. It is also necessary to keep in mind the impact of every interested party – rivals, the authorities, the population and so on. Economic cost modeling quantifies main parameters of possible scenarios.

Travel time seems to be the major factor, which determines the potential traffic volume. The current traffic volume in other means of transportation and a possibility of rapider traffic have to be taken into consideration in travel time estimates.

Models of traffic volumes depending on the means of transportation have been devised. It is also possible to evaluate the volume of services. In the case of railroad traffic, it includes train stopovers, coordinated schedules of trains arriving in transfer stations etc. The issue of stopovers and coordinated schedules highlights the implications of transport infrastructure projects for territorial planning.

A classic economic cost model displays a correlation between revenue and losses of the actors: railroad companies, rivals, car, rolling stock and aircraft builders and companies implementing transportation and communication projects. Yet decisions regarding transport infrastructure projects are increasingly difficult to make. For example, it is necessary to mind external factors, up to the amount of CO2 emissions and economic costs of traffic jams or accidents, insurance costs, environmental impacts and many other sensitive aspects. Many of these factors, among them socioeconomic, are fully attributed to the state competencies and responsibility.

Importantly, the market share of air transport reduces depending on the transportation time. For example, air transport loses its attraction if a distance can be covered by rail in two hours. Flights between Paris and Lyon (a 500-kilometer distance) are now gone.

In each country international airports have become a gate to global mobility. Therefore, high-speed rail service supporting airports, including Paris Roissy Airport (Charles de Gaulle Airport), is a mandatory element of the rapid and convenient access to the country’s regions. The Roissy TGV terminal linked to the airport had passenger traffic of 4 million in 2011, and 70% of the passengers boarded the train upon their arrival by plane.

There is a systemic advantage: aviation is broadening business services and ridding of unprofitable short-distance travels thanks to high-speed trains.

Meanwhile, the range of passenger services will continue to expand: Air France and SNCF have agreed that passengers may register and drop off their baggage at a railroad terminal. Passengers may even book combined airline/high-speed rail tickets if there are relevant agreements between transport companies.

A major source of the high-speed rail efficiency is that trains stop at the existent stations which are usually surrounded by densely populated city districts. The location of terminals away from city centers deprives high-speed rail service of its advantage over airplane. The so-called duplicating terminals, which are sometimes located ten to 20 kilometers away from city centers, are efficient in long-distance travels.

As to the number of transfer stations on regular lines and the rivalry between transfer lines and direct routes, they derive from local economic factors. The quality of local transfer stations has considerably improved with the appearance and development of transfer hubs, which optimize connection between various means of transportation. At the same time, they are important centers of the city infrastructure providing passenger service: information, ticket offices, trade and so on.

In fact, this is a natural consequence of the worldwide appearance of megalopolises which build the public demand for higher mobility. Potential traffic between two populated areas is determined by the cost of transportation. This means that the potential market is proportional to the population and inversely proportional to the cost of transportation. Terminals offering new transportation service and attracting a new passenger flow actually regain the historical role of a socioeconomic development catalyst.

The emergence of high-speed transport and the widening swap of passenger flows between various means of transportation have an effect on the real estate sector and city transportation networks and stimulate profound social transformations.

What does the future have in store for us? Operational compatibility will develop into intermodality and a global railroad network will create a “universal mobility” system. The trend has manifested itself in concrete examples: TGV stations at airports, construction of large and systemic transport hubs at numerous railroad stations in Europe. Such hubs comprise high-speed and regional lines, metro lines, street cars and buses.

New terms of passenger service require the supply of universal options whether we speak about target information, or unified travel cards for various means of transportation, travel information and services and assistance in incidents. The widely spread technologies and digital gadgets make such target services effective and rapid. Their quality may immeasurably improve in the near future.

A train is different from a car which constantly needs to incorporate new technologies for market considerations and thereby win new customers. Trains do not have to win customers by following every new trend in technology which may have negative effects in the long run.

The means of public transportation must be safe and reliable, in the first turn. Security is achieved through the vast experience of use and component parts tested in the process of operation. Reliability also derives from experience and it is a vital long-term factor. Suspended operation of a high-speed train for maintenance or, even worse, repairs, is extremely expensive. An important optimization parameter is the annual mileage of 500,000 kilometers, which is a regular indicator for TGV trains.

Progress should be evolutionary rather than revolutionary. One has to be cautious and patient in the introduction of new engineering solutions, especially in the case of the railroad infrastructure. At the same time, the rolling stock must constantly adjust to the customer needs. Accessibility and spatial comfort are major parameters subject to optimization.

Railroads came into existence about 200 years ago in the course of the first industrial revolution, a revolution of coal and steel. The ongoing digital revolution will give a fresh start to high-speed rail.

We have been witnessing a new wave in the development of rail transportation and, respectively, high-speed lines. High-speed rail may be improved in two aspects thanks to the considerable advantages of new information and telecommunication technologies.

Modern instruments can monitor the technical condition of vital high-speed rail elements (such as the train, electric power systems, contact wire and infrastructure) and improve the quality and safety of operation. The shift from routine maintenance to preventive maintenance and repairs may significantly improve the preparedness and cost effectiveness of the railroad network.

A noteworthy technical advantage of the digital revolution is the sizable increase of the traffic capacity of high-speed lines linked to crucial transformations in the operation of signal systems. Information technologies introduced in that sector made possible and safe the calculation and transfer of data regarding the factual speed of each train. The distance between two high-speed trains may be reduced a lot being aware of the minimal distance the trains pass in emergency brake application.

Higher operational and booked speed will be a more important change from the point of view of the connection between a passenger and a transport operator. Digital innovations allow the railroad sector to solve the central task of high-speed transportation – mass transportation with an individual approach to every passenger. Next-generation high-speed trains are already accomplishing this mission.

An operator can offer an individual approach to every passenger: during their journey people may receive required information in the real-time mode (for instance, using a smart phone), enjoy higher levels of comfort and a calm atmosphere (thanks to the positioning of their seats on a train and notification about the arrival at a station). Connection between information systems of operators in an intermodal environment will give a passenger an access to the Internet and the joy of individual service benefits throughout the trip.

Localisation as a challenge