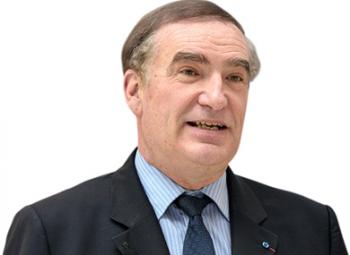 Railways went through a decline during the second half of the 20th century, but their strengths have brought them a new lease on life in the 21st century. This is true across the globe.

These strengths include capacity, safety, sustainable development, and technological performance, which have been put in the limelight, particularly with the arrival of high-speed rail, first in Japan, then in France and now the rest of the world. Propelled by ongoing research into even greater capacity and better lifecycle performance — coupled with breakthroughs in information technology that have opened the door to new forms of communication and other innovations — railways have become the technology of choice and the transport mode of choice for policymakers and investors.

Furthermore, infrastructure renovation projects and blueprints for new high-speed rail links no longer stand alone, but rather are increasingly drafted to fit into the greater plan of land-use management programs around major cities and are drawn up with the requirement to offer efficient intercity transport systems.

On a larger scale, railway development at the intercity, regional, interregional and intercontinental levels must bear in mind the need to remain compatible with the interface to neighboring systems. For this reason, there are projects geared toward bridging these gaps, enabling regional networks to extend their operational scope and leading to the emergence of work on major corridors.

As opposed to the 20th century, there is also a focus on optimizing business models and making the most of technological advantages available from various transport modes, which can complement each other and help establish links to transport chains not just for freight, but also for passengers.

Examples of this type of project are appearing in the four corners of the world and are at differing stages of progress, depending on whether the region is still developing or already has the necessary infrastructure base. Taking a closer look at two key geographical areas in the field of railway development, there is Europe, which has a history in this arena, and the Middle East, which forms a channel for major economic flows between Europe and Asia. Many initiatives aimed at connecting these two regions exist in order to forge missing links and increase running speeds and capacity with a view to giving a central role for carrying goods and passengers to the railways.

Among these projects, there are high-speed initiatives that have weathered the economic downturn and financial straits. Indeed, one of the drawbacks with major railway projects is the distant return on investment and profitability due to the cost of infrastructure.

At this juncture it is important to note the existence of the Eurasian corridors. These key thoroughfares shouldn’t be constrained to existing within European borders. In the long term, these corridors should form an interface with other networks to create a broad web of links from Europe to Asia, encompassing the Middle East. An example is the TEN-T East-Eastern Mediterranean Corridor linking part of the UNECE TER backbone, forming a passage across Turkey and the Caucasus, and thus uniting Europe to the Middle East via central and southern Europe.

These projects include those in the Middle East, the most emblematic of which is the passage under the Bosphorus that has become the passage linking Europe and Asia by rail, forming not only a bridge between both continents but also a door for trade between European and Far East markets. They also include new axes that have reopened paths formerly used by ancient silk and spice merchants. Step-by-step railway extensions, together with those being added from the south and north, are gradually forming a vast network of routes between Europe and Asia and building links from China to Kazakhstan, Turkmenistan, Iran and Turkey via the Caucasus or Siberia.

Some economic figures can demonstrate the huge potential and importance of exchange between Europe and Asia. The railways today are only capturing a meager 1percent of trade worth $600billion between Asia and Europe, of which a larger share is concentrated in eastern rather than western Europe, for freight in particular.

“A larger small piece of a larger cake”can be developed, so to speak. That is because, especially in the field of freight, reducing average journey times between southeast Asia and western Europe from a month and a half to two weeks helps reduce stocks and optimize mobility on the maritime legs of the journeys.

However, we must remain realistic, even if the projects being developed in this area are following the LHF (Longer, Heavier, Further) principle. In Europe we have trains that can transport up to 1,800tons, or in Russia 5,000tons, compared with container ships that can carry up to 200,000tons. This forces us to keep a sense of proportion about the technical capacity of rail to be a dominant force, but it can still remain an alternative and interesting mode that can improve its share compared with other transportation modes.

It seems quite clear that all of the ties linking European corridors to the major Middle East and Russian axes are crucial.

This is the reason why our organization, UIC, is forging ahead with work on a broad spectrum of international standards. Given the different standards currently used on a number of these corridors, there are still many hurdles to be overcome, in particular operational issues such as differing axle loads, speeds, braking rules, headway times, gauges, axle spacing and signaling systems. Various efforts need to be made to improve interoperability, which is the linchpin for securing the future of freight corridors. These efforts need to be not only technical, but also administrative and legal, with harmonization of tax regimes and work conditions and adoption of a “common language” for data exchange. Failure to achieve these things would put a brake on the carriage of interregional railway consignments.

These challenges underscore the importance of working toward broader interfaces, equivalent methods, and unification — in sum, moving toward the final prize of harmonization, which should be achieved by deploying efforts from the bottom up rather than the top down.

Our aim is to facilitate exchange and type approval, not only by working hand-in-glove with our members in the form of common projects, but also by putting our shoulder to the wheel alongside international bodies that have made these goals a core part of their business.

Our cooperation extends to work with a whole series of United Nations bodies and programs covering a wide geographical scope and range of technical subjects, where the UIC acts as a consultative reference, and this work includes other regional or professional organizations such as the OSJD, CIT, CCTT and OTIF.

To conclude, even though the railways have been on a long path to development, it is a familiar path. The path chosen was sketched out by the UIC at its origin, when it was already working toward the vision of global exchanges by rail. As research, globalization and trade now gather pace, the UIC has a rallying role to play at the heart of a newly vibrant railway sector. The UIC is the only railway organization to have a truly global outlook on the sector, thanks to its vast and diverse network of members and their involvement in its work.