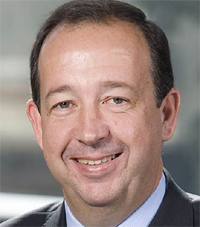 Jorge Miarnau is the President of COMSA construction company.

He was appointed President of Miarnau COMSA Group in 2005 and became head of the company after COMSA merged with EMTE. Mr. Miarnau is also head of the European Federation of Railway Trackworks Contractors (EFRTC).

COMSA EMTE is a Spanish infrastructure engineering company that also takes part in infrastructure concessions and works on renewable energy. It is represented in 25 countries and employs over 8 500 people. Its 2013 turnover was approximately €1.5 bln.