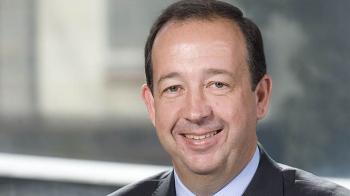 How to combine tracks with different gage width

As far as integration with neighbour lands is concerned, Spain and Russia share at least one common issue: their traditional gauge widths differ from the European standard. Jorge Miarnau, President of COMSA EMTE construction company, has more to say about Spanish railroads.

All measures taken by the EU to unify and standardize various national railroad systems are aimed at increasing the efficiency of the joint European railroad network. They will allow to create a common railroad space, thus making both passenger and freight rail transport much more profitable.

But these measures are not implemented as quickly as it would seem desirable. Many, if not all, future reforms depend on national governments, which aren’t always ready to take their local railroad networks out on the global market. It should also be noted that funding can be impaired because of limited budgets.

In some cases the delays can be explained by the fact that the government is unwilling to risk its privileged position as far as railroad management and equipment are concerned will be hurt directly or implicitly. Besides that, railroad operators wish to keep control over transport operations, which in some countries remain monopolized even today. It will thus be quite difficult for many state-owned companies that are often quite passive in their attitude to enter a competitive, result-oriented market.

The Eurotunnel connecting London with Paris and Brussels is yet another example of such synergy. It allows transporting trucks over the English Channel by rail at 140 km per hour. The 745-meter-lond trains operated on this track consist of 2 engines, 32 truck coaches, 3 freight coaches and a club coach for up to 50 drivers. Today there are 15 trains serving the tunnel with their departure interval reaching 10 minutes on rush hours.

Funds allocated to internationalise the railroad network must be aimed at providing competitive prices for operators. This is the basis for passenger and freight traffic growth and development. The times when rare investments into railroads were used solely to close off the loopholes should be left behind.

Moreover, technical decisions required for railroad integration could turn out to be too expensive. But these investments should be approached practically: the more you invest, the cheaper both introduction and operation get.

Gauges of two widths different from European are used in Spain. Railroad powering and signal systems are also different. This makes Spain a good example of such pragmatic investments: recent years saw projects that allowed shifting from one gauge with to the other and reducing the operation cost.

These is best illustrated by such developments as the introduction of double-gauge three-rail freight and passenger tracks with the maximum speed limit of 160 km per hour and triple-gauge four-rail track for gauge width adjustment. These innovations allowed to integrate Barcelona’s seaport into the European railroad network.

Another example is the introduction of variable gauge wheelsets that eliminates the necessity to shift for a different train on a different track as well as any other discomfort for the passengers. The gauge adjustment sequence is conducted at a low speed, allowing to adapt the wheels and the axes to the new track automatically.

The question of the railroad signalling system remains unresolved. The development of the European ERTMS systems is unfortunately taking too long, and its introduction is facing financial and technical difficulties. This problem is best illustrated by the Barcelona – Paris route where trains must have three types of signalling system to follow the Spanish, the trans-border and the French track.

But all new measures, whether its introduction of traditional or new systems or small-scale technological compatibility improvements, are aimed to establish a common European railroad network which must be multifunctional, easy to manage and designed to develop further in the free market competition.

There are three types of railroad transport corridors in the METR region: high-speed passenger, freight and combined.

European practice shows that a high-speed corridor can satisfy the demand for passenger traffic for distances up to 600 km. If the destination is further, the travel time becomes long enough for planes to start looking like a better option. The key advantage of this kind of transport is that it allows to integrate major cities with developed infrastructure and airports located far away from each other into one system. High-speed trains can fit perfectly into this picture due to such advantages as lack of traffic jams and delays.

A good example is the 600 km Barcelona–Madrid route. Planes used to account for the major part of the passenger traffic on this destination with unprecedented flight density. But after a high-speed railway connection was opened between the two cities, this new corridor started to take over the market and today, in five years after the opening, accounts for 60% of the passenger traffic.

Freight transport corridors must be designed with a particular use in mind. Long heavy trains need a gentle gradient (from 12.5% to 20%) track capable of mitigating and tolerating the loads of up to 25 tons per axis to keep their speed steady. Since one of the ways to increase the efficiency of freight transportation is the use of long rolling stocks (over 1 km), the network should also incorporate sorting stations and side-tracks.

Besides that, such corridors require access to ports and industrial zones where all necessary infrastructure and logistical facilities working with freights must be provided for. Long trains with high carrying capacity will allow to cut transportation expenses significantly.

And, finally, there are mixed type corridors that can be used by both passenger and freight trains complementing the other two. These lines feature less traffic, either passenger or freight, and have to be adapted to combined use.

One of the options is to use this corridor for daily passenger traffic at the speed up to 300 km per hour and overnight freight transportation at 100 or 200 kmph. The problem is that when these two kinds of traffic are combined in daytime it can lead to various delays that must be minimized by taking corresponding measures. These can incorporate construction of sidetracks all along the corridor or of a second track that high speed trains will use for overtaking.

It should, however, be taken into account that combined use of lightweight and heavyweight trains can have a negative impact on the quality of the track that is designed for neither. This will lead to increased maintenance expenses.

A common railroad system will allow the both the METR region and the EU to create a larger market and boost the passenger and freight traffic.

Railroad integration benefits the industry as well: with lower transportation expenses it will be possible to decrease the price of the end product. This will allow to stimulate competition, increase output quality and cut the prices, which benefits consumers as well.

On the macroeconomic level transport integration and industrial expansion allow to diversify the trade and secure economy growth in different countries.

Increased integration would make railroad a more competitive transport means, especially in those countries that have historically had gauge width different from that of their neighbours.

Integrating EU and METR region railroad networks would allow to expand the necessary freight corridors stipulated by European Commission’s TEN-T (Trans-European Transport Network) plan. The Finnish corridor connecting Helsinki with Saint Petersburg is already provided for in the project, while Warsaw could be linked with Minsk and Moscow, Prague – with Kiev and Budapest – with Moscow. Sofia–Istanbul connection is also planned in the south-eastern part of the area. These corridors will cross the continent from West to East and from North to South.

Regarding high-speed passenger corridors, establishing a system of those would allow travellers to cross the whole continent in one 10-hour overnight ride on a 250 kmph train. People will be able to get to Moscow from Paris as quickly as in one night.

Railroad operators will be competitive only on larger markets that will bring large volumes into play, which is in most cases impossible within the limits of a national market.

A large-scale all-European transport system could be the end of the line for some national railroad operators, which used to (and some of them still are) hold monopolies on rail transport in their countries due to their outdated operational means: in particular, some of them are part of the country’s infrastructure managing body. It will be difficult for these obsolete companies to make a quality breakthrough in order to be able to compete with private multinational operators in the future common transport system. Private operators show more efficiency through the use of their assets; they understand the way international markets work and have more investment opportunities.

For example, in Spain freight traffic is served by Renfe Mercancias, the descendant of the state-owned Renfe company, which used to be the only railroad manager and operator and then split its activities between different enterprises. Rente Mercancias works on a market that is very limited due to the width of the Spanish gauge that essentially makes this traffic strictly local. This is the reason why Spain is one of the countries with the smallest freight railroad shipments volume.

As far as passenger traffic is concerned, it is likely to remain up to state-owned operators. This service is far from being cost efficient but is still necessary to secure mobility for people living in low-populated areas. That also concerns commuter trains in major cities where national operators demonstrate quality and efficiency; it will be difficult for private operators to find their niche on this market.