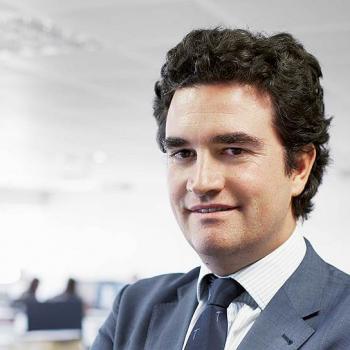 How to succeed in transport engineering

Talgo’s Deputy Chairman Mario Oriol speaks about the innovative thinking that is the key to success in transport manufacturing.

There is a range of promising yet difficult to implement intermodal transport system development projects in the METR (Middle East, Turkey, Russia) region; systems of this kind provide for efficient international interaction and make travelling quicker and more comfortable.

It’s up to the transport industry to tackle the challenges arising with the promotion of intermodality (i.e. the use of different transport means in one trip). As a term, intermodality is closely connected with the concept of mobility, and as far as these are concerned, rail transport is capable of brining several efficient solutions to the table.

Talgo Gauge Variable Wheelset is a good example of an intermodality technology that allows EU and METR region countries broaden their cooperation. Designed for use on border track sections, this system is a quick and productive way to solve to the problem of gauge width difference (1435 mm for EU, Middle East and Turkey, 1520 mm for Russia). Developed back in 1969 for easier passenger train traffic on tracks with different gauge width, today this system is installed on approximately 100 Spanish rolling stocks currently in operation. The last 40 years saw the wheelset adjustment sequence carried out every day on these trains as they were operated on the routes connecting Spain with Italy, France and Switzerland. Gauge adjustment was required on the border between Spain and France and on the sections where Iberian gauge (1668 mm) tracks transitioned into Spanish high speed lines (1435 mm). Almost half a century of experience and millions of successful gauge adjustment sequences prove the efficiency of this unique system that enjoys broad commercial use today.

1990-s saw a range of variable wheelset tests in Finland, Sweden and Russia which proved that the system was reliable even under extreme weather conditions. Introducing this technology has allowed to cut the logistical cycle and thus transportation costs. Besides that, by using variable wheelsets one can eliminate the necessity to change the undercarriage on border stations. This resulted in increased freight volume between Eastern and Western Europe and Mediterranean and Baltic seas.

It should also be noted that Iberian 1668 mm gauge track is powered by a 3 kV constant current overhead wiring, while 25 kV alternating current overhead wiring powers 1435 mm gauge high speed rail tracks. We can thus say for sure that Spain is the only country where two types or railroad tracks differing in terms of gauge width, overhead wiring voltage and signaling equipment type coexist within one national railroad system. In this environment we were able to solve the problem of varying technical solutions currently faced by Europe.

Talgo’s latest development in this sphere is the Talgo 250 Hybrid train based on the Talgo 250 high speed rolling stock. Besides all the features of its predecessor this train also has two technical cars located between passenger cars and the two engines at the front and the back. Such design has allowed to eliminate the last technical hindrance remaining, which is the fact that some track sectors are not powered. This makes the double-powered dual-voltage Talgo 250 Hybrid train with gauge variable wheelsets a unique and outstanding example of maximum interoperability and technical compatibility!

I believe that transport engineering companies must stick to revolutionary ideas and approaches. It was our breakthrough light-weight train concept introduced in 1942 that allowed Talgo win its clients; it was our dedicated work on brand-new technologies that helped us to succeed even among tough competition.

In order to produce reliable, safe and comfortable trains rail transport manufacturers must have a clear vision of the future and always look to find the best solutions for railroad operating companies, passengers and the society as a whole via non-stop research.

What makes finding the most efficient transport options so challenging is the fact that more and more people choose to live in the city. Half of the planet’s population is expected to move into urban areas by 2050, and I think rail transport designed with such values as high efficiency, high speed and high reliability as top priorities will be the best solution as far as local and regional passenger traffic is concerned.

In the next 20–30 years rail transport will be faster and more comfortable, trains will weigh less and consume less energy, and operating companies and railroad management enterprises will be able to run their businesses more efficiently. Distances will seem shorter due to shorter travel time, and the on-board service list will be broadened significantly in compliance with what the passengers want, which will have an enormous positive impact on travel’s general quality. Comparing the modern rail transport with what it used to be 30 years ago allows us to see the revolutionary effect of introducing the high speed trains. It was just three decades ago when trains could compete only with cars and buses, and today they are a direct rival for air transport! There is no doubt the next 30 years or even less will see another transport revolution similar to the birth of high-speed trains in Europe.

The next railroad revolution will undoubtedly incorporate magnetic levitation and hybrid maglev/rail trains, eco-friendlier energy sources, new railroad station concept and improved management models. Some of these innovations are now being tested, while others are already in use in different parts of the world. Brand-new technologies are flowing into the global market in a steady stream, so in 30 years we will surely see multiple novelties that will impact the intermodal transport development.

Although the METR region includes countries with significant cultural and religious differences, a relatively high integration level has still been achieved in its “subregions” (European Union, Middle East, Turkey, Russia) in the last few years. For example, after landing in Barcelona you can get on a train to Paris and reach London by track, covering three countries in one day. A rail line project connecting the member countries of the Cooperation Council for the Arab States of the Gulf is currently under way in the Middle East. This interesting and ambitious project is aimed to enhance goods supply and to provide an alternative to travelling by car.

We believe that improving the transport connection between the “subregions” is a goal that is possible to achieve, but this will take time and require efficient solutions for several additional complex tasks.

Given how tightly the METR region countries are interconnected, it would be strategically advisable to establish an international body that would focus on intermodality and increasing regional mobility.

We believe that the future transport means competition will be based primarily on energy efficiency on the one hand and comfort on the other. In particular, we pay more attention to making our trains more aerodynamic, which has allowed us to cut their energy consumption by 30%. However, simple, but vital tasks must not be forgotten while trying to tackle major issues. For example, we believe that passengers with disabilities must enjoy maximum comfort. This is why we have teamed up with the ONCE Foundation to develop a special Train in your mobile app specifically designed for such passengers. The application can you guide from the start of your journey to the final destination, providing you with information of the train, coach and seat number, intermediate stops, call button for on-board personnel and any information you may need on your way. We have also adjusted the cars to make them more comfortable for this kind of passengers.

Train accessibility for passengers with disabilities is one of the key directions in the work of UNIFE’s technical groups where Talgo participates together with other train integrators and system suppliers. Its other important aspects are revising and updating TSI standards, reducing noise emissions, sharing experience in the certification processes and updating respective European requirements, providing for safer and more eco-friendly service, reducing the energy consumption and developing the variable gauge systems.