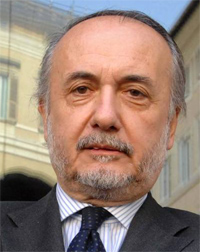 Mr. Virano was born in Turin on 7th January 1944 and graduated from the Architecture department of the Polytechnic University of Turin in 1969. He is a well-known architect and expert in ecology/infrastructure compatibility.

The CIG is a special body addressing any questions related to rail connection between Turin and Lyon.