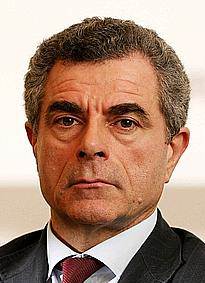 Mr. Moretti was born in Rimini in 1953 and worked his way up the career ladder to become a union leader and railroad manager. In 2006 Mr. Moretti was appointed President for Ferrovie dello Stato Italiane S.p.A. (Italian Railroads) state-owned company belonging to FS holding group. As its head he was able to turn the tide and make it one of the most profitable in the country.