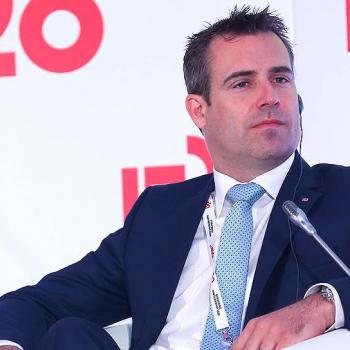 Both Bundesbahn Federal Republic of Germany) and Reichsbahn (German Democratic Re-public) were in a desperate economic situation, with joint debt of 34 billion Euros and not even enough revenues to cover labor costs. The Rail Reform succeeded in reversing this trend by implementing key changes, namely introducing an entrepreneurial approach to business, debt relief and opening markets to competition.

The Second Railway Package provided for EU accession to COTIF (the international rail convention), established the European Railway Agency and set a common regulatory framework for rail safety. It accelerated the liberalization of rail freight services. Access was granted to the entire EU rail network by 1 January 2007 at the latest for all types of rail freight services.

Under the Third Railway Package provision was made for the liberalization of international passenger services. Railway undertakings providing such services had to be granted access to the infrastructure in all EU Member States as of 1 January 2010. Cabotage was also to be allowed.

With increased competition due to liberalization, along with the changes brought about by the Rail Reform, the successor of both Bundesbahn and Reichsbahn, Deutsche Bahn AG, con-tinuously improved productivity. As a result, rail traffic volumes increased by 36% in passenger transport and 58% in freight transport between 1994 and 2012.

With regard to the future, numerous studies confirm positive long-term prospects for rail. For example, the European rail freight market is set to grow at rates between 2% and 3%. This is flanked by continuing recovery and integration of the European economies. Additional positive factors arise from megatrends such as an ageing society, environmental challenges, sustainability and globalization.

However, in order for national rail companies to take advantage of these positive trends, fur-ther policy steps are necessary to complete the Single European Railway Area.

The future of rail companies depends to a large extent on their competitiveness compared to road. Factor costs such as infrastructure charges, energy taxes and the cost of CO2-certificates (furthermore specifically in Germany the costs of the energy turnaround) as well as the cost for retrofitting of silent brakes have reduced the ability of rail companies to compete on prices.

Insufficient investment in maintenance and new infrastructure to remove bottlenecks destroys the basis for high quality rail transport. National governments and the EU must be prepared to dedicate part of their public budgets into the future. Furthermore, a stable regulatory framework for investments, including the ability to earn a sufficient return on investment, must be created.

The rail industry must remain innovative. The public private initiative Shift2Rail with a budget of one billion Euro is hence much supported, as it can contribute substantially to increasing innovations to reduce the costs of the rail system and increase its capacity.

From the business perspective of a rail carrier, policy steps towards a Single European Rail-way Area will be accompanied by establishing European-wide transportation networks and creating attractive cross-border products.

Technical obstacles are a major impediment for the completion of the Single European Railway Area. Some progress has already been made as a result of the EU regulatory framework. For example, the establishment of the European Railway Agency (ERA), the introduction of technical legislation and implementation of the TSI (Technical Specifications for In-teroperability), e.g. on high speed rail and safety issues.

A great deal was further achieved with the new agreement on the Trans-European Networks (TEN-T) in May 2013. The agreement sets out priorities for a core transport network in the European Union und provides for deadlines to make sure that all projects contributing to the core transport network are implemented as a priority. It sets standards to ensure that trains, ships, planes, trucks and cars can use the transport infrastructure without any technical prob-lem.

However, a lot still remains to be done in order to reduce barriers to market entry, as reflected in the technical package of the Fourth Railway Package presented by the European Commission in January 2013. A fast implementation of the technical package, which has already received broad support in the European Parliament and by Member States alike, is indispensable. This includes in particular strengthening of the ERA in order to implement the regulations of the railway package efficiently. Faster authorization process, foreseeable deci-sion making process should be guaranteed. Market participants should have the right of ap-peal at the newly established ERA appeal body. Standardization should be applied: rolling stock is produced in many different versions and thus operators are forced to deal with a tremendous variety of spare parts in maintenance. Therefore, standardization will cause high economic benefits which help to provide affordable and reliable rail transport.

A liberalization process like in Europe is most unlikely outside of Europe in the next years. But cross border traffics will be more and more important. Competition will grow probably on corridors through Turkey and Russia.

The Middle East just started to invest heavily in its rail business. It is to be expected that the GCC-Countries invest more than 100 billion Euro in rail infrastructure until 2020.

The German engineers are playing an important part in helping to put an efficient compre-hensive rail system in place, including a new high-speed line in Saudi Arabia. Every year, millions of Muslims make the Hajj pilgrimage to the Saudi Arabian city of Mecca, site of the religion’s most holy location. Although Mecca itself is home to 2 million, the annual pilgrim continually taxes both the city’s and the country’s transportation infrastructure – and govern-ment officials expect the number of people taking the pilgrimage to grow to as many as 3 million.

Between Western Europe and Turkey DB Schenker Rail together with the Turkish Railway Company started in September 2013 a new service known as the "Bosporus Shuttle" with three pairs of trains each week.

The customers will be ‘guaranteed high reliability’ because it is able to ‘offer end to end corri-dor management’. Liberalization of the Turkish rail market is now underway and more com-petition can be expected within the next years.

For climatic and logistical reasons, the railway in Russia is the only sustainable transport mode which secures supply to the population and with efficient and reliable connections to many parts in the country and between the economic centers. According to a SCI-Study from 2012 the modal split for rail passenger transport in Russia is around 65%, including urban rail, and in rail freight transport around 90% (without pipeline transport). Russia is a high-growth rail market with good long-term prospects.

Rail transport in Russia is in the fourth phase of the structural reform of privatization that in-tends to further develop competition in the railway industry. As a result of these reforms, a large number of freight wagon operating companies were established that own and operate their wagons but do not have the right to own locomotives or provide hauling services on the Russian Railways network. Current discussions therefore center on the permission for private traction on main lines for freight transportation.

All in all transport markets of metropolitan regions like in the Middle East and Russia rail is the only way to master the challenges. Congestions can be managed only by efficient use of rail and by combining rail with all other modes of transport and network them to each other in an intelligent manner.