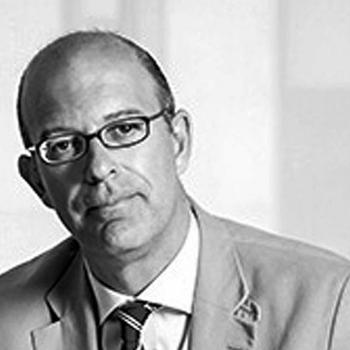 INECO’s Chairman of the Board of Directors, Pablo Vazquez Vega, on how to effectively invest in transport infrastructure.

Society's economic growth, income level and overall progress depend on how advanced the activities within a specific area are, and so an adequate transport system is of paramount necessity. High-speed rail brings significant socio-economic changes that affect both the cities and regions it passes through and the rest of the country through its impact on the entire transport system.

In addition, Spain stands out globally for its ability to design, build and maintain efficient and safe transport networks.

Both the construction and operation of high-speed rail infrastructure can benefit all economic agents, reducing costs and increasing productivity, providing for intermodal transport systems’ complementarity and facilitating passenger and freight transportation.

Evaluating the effectiveness of investment in transport infrastructure, as a rule, is carried out using a macroeconomic approach, in other words taking into account the cumulative impact on the economy.

Traditionally, macroeconomic effects include changes to gross domestic product (GDP growth rate), economic welfare (GDP per capita) and productivity of private capital and labour as a result of public investment in infrastructure.

It is important to bear in mind that proper risk assessment and reduction, in particular before commissioning the infrastructure, are key factors in ensuring greater certainty in any economic evaluation at all subsequent stages of the life cycle of an infrastructure project.

It is important to allocate resources (both time and money) for engineering surveys, analysis of projected demand, the analysis related to future operations, real estate transactions, etc. to improve the quality of service for the entire life cycle of the project and minimise the negative or other unintended consequences. This way you can avoid exceeding budgets or delays in construction and bringing the project online.

Spain has put much effort into developing high-speed rail and intermodal transport.

Short-term effect of a specific project can be evaluated by measuring changes in the economic activity generated during the construction phase and any additional effects impacting the demand for goods and services in the rest of the economy.

There are three types of effects. Direct effects correspond to an increase in production in those sectors that receive direct infrastructure investments (mainly the construction sector, but also others). Indirect effects include increased productivity in the sectors supplying the project (construction, manufacturing). Other additional effects include increases in the income of companies and individuals as a result of growth in GDP.

Direct, indirect and additional effects can be calculated in the form of income, output, surplus values and extra jobs by using the input-output model (the Leontief method). Additional effects may eventually double all the direct and indirect effects.

As an example, a study carried out in Spain showed that each € 1 million invested in infrastructure creates about 20-30 jobs through direct, indirect and additional effects. The GDP growth rate in this instance would be between € 1 million to € 1.5 million. The combined short-term effect can be calculated through the investment multiplier method, which can be used to estimate the impact on the GDP.

After an infrastructure project is completed, it works as a comparative advantage, leading to positive impact on the productivity of enterprises in the target area. For example, a new railway line can reduce the cost of consumer mobility and raw materials’ transportation, thus increasing the efficiency of companies supplied by it and boosting their output.

The prevailing view is that higher public investment in infrastructure leads to higher productivity and GDP growth.

Macroeconomic effects support global investment plans for transport infrastructure. But when it comes to a particular infrastructure project, its specific benefits can be calculated from a microeconomic perspective as well.

When a transport project is considered a possible public investment priority, its evaluation very often includes cost-benefit analysis. This compares its costs and revenues for the community throughout the project’s life cycle. Besides that, an additional profitability/financial evaluation analysis is carried out, allowing the entrepreneurs’ standpoint to be taken into account as part of the decision-making process. In this case it does not matter whether the money to be invested is public or private.

The two analyses are complementary. While the financial analysis includes only the income and expenses in the private sector, economic or socio-economic assessments include all revenues and expenses regardless of who benefits and who loses out.

For example, within the framework of economic evaluation we can talk about the various microeconomic effects associated with the commissioning of high-speed rail that affect the well-being and socio-economic development of the country. These include saving time, improving safety, comfort and ride quality, reducing accidents, securing higher reliability and punctuality, promoting eco-friendlier decisions etc.

Cost-benefit analysis determines the project’s potential impact as far as maximum consumer and producer profits are concerned. Opportunity costs and revenues are valued by calculating the differences between the situations “with” and “without the project.” All factors that may be assessed are accounted for, but excluding any taxes and subsidies. There are also factors that are considered only in terms of potential revenues or expenses, such as how much time or material resources will be lost because of an accident.

Each € 1 million invested in infrastructure creates about 20-30 jobs through direct, indirect and additional effects.

There are a number of effects which by their nature cannot be included in the cost-benefit analysis but may be considered as part of a more complex evaluation. These include land planning, localisation of economic activities, tourism, urban planning or abolishing administrative barriers.

The financial evaluation of large capital investments combines methods of project financing with traditional investment analysis. Revenue flows and payments throughout the project’s life cycle are calculated as part of it. This takes into account not only the profitability of the cash flow of the project itself, but also the profitability for shareholders. As for the shareholders, the margin will be determined by including a variety of tax and accounting factors, as well as compliance with the essential nature of the activities.

As part of the analysis, particularly with respect to new construction projects, it is also important to consider the risks that may be identified in order to ensure their proper management and mitigation. By doing so, it is easier to ensure a project’s success, even if changes need to be made. These methods make it possible to manage risks that without proper supervision can lead to over-expenditure and delays in the project coming online. First of all we are talking about land risks, geotechnical risks throughout the entire length of tunnels and urban risks at the entrances to the big cities.

The attractiveness of new transport infrastructure is also connected to the intermodal centres that integrate the high speed rail into the entire economic activity system of a region. These centres are a means to create new business opportunities through the development of high level trade and business centres and in other ways.

In a word, it is important to justify the implementation of important infrastructure projects, in particular the effects of proper planning, design, construction and commissioning. In this regard, the decision to start the project should be based on economic assessment and risk management.