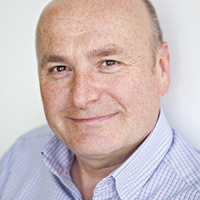 Paul Priestman is a designer, co-founding director of PriestmanGoode and Global Creative Director of CSR Sifang, one of the world’s largest rolling stock manufacturers. He is respected around the world as a leading authority on transport, aviation and product design, and is known for his award-winning future concepts – visionary ideas to improve our everyday lives and encourage sustainable, long-term thinking.

Priestman was President of the Design Business Association from 2001 to 2003, Chair of the Design Sector Skills Panel from 2004 to 2006 and is currently on the council at London’s Royal College of Art. He has been voted one of London’s most influential people, regularly represents British design on government missions around the world and is a vocal supporter of the value of design to business.