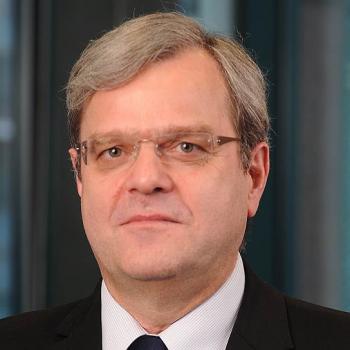 How to secure the METR region investment priorities

Thomas Maier, Managing Director at European Bank for Reconstruction and Development, outlines the METR region investment priorities and explains how to secure those by means of, inter alia, PPP mechanisms.

Infrastructure is one of the key factors as far as an economy’s competitiveness and thus growth are concerned. While the rail transport is quite developed in Russia, both in terms of overall track length and coverage and in terms of the reforms this sector has seen during the last 15 years, other transport industry sectors seem more of a bottleneck for the Russian economy. It is especially important to point out that one of the main obstacles for the country’s development and competitiveness increase are the motor roads, which lacked investment both under and after the USSR.

According to the Logistics Performance Index developed by the World Bank, the EBRD region lags behind the world and the G20 countries in terms of logistics performance. With the exception of Poland and Turkey and to a smaller extent the SEMED countries and Central European states, the large emerging markets in the EBRD region are substantially behind large emerging economies in Asia and America. It is important to note, however, that Poland and Turkey rank on par with China and better than all developing countries in the G20 with the exception of South Africa. Although the score has improved substantially in the EBRD countries since 2007, there is a long way to go to catch up with the advanced economies in the G7. The aggregate LPI score hides significant heterogeneity in the scores across sub-components, with the Customs performance typically featuring as the lowest.

For the last 20 years EBRD has built up an infrastructure portfolio of more than €15 bln across 220 projects. On an annual basis, EBRD finances approximately €1.8 bln through more than 50 projects in Infrastructure, complementing around €3.5 bln in co-financing from other IFIs, donors and commercial finance raised from banks and capital markets. Based on its mandate, EBRD’s infrastructure projects are designed to promote a reform agenda typically promoted by a local leader or project sponsor. Increasing private sector participation in the provision of infrastructure and services is one of the key objectives of the transition process and the Bank promotes this objective in its infrastructure operations. The benefits of private sector participation in infrastructure are generally recognised across the region, and over the last decade the private sector has played an increasingly important role in the provision of infrastructure. The Bank has been successful in encouraging and supporting this transition, through its policy dialogue and investments, tackling some of the most complex transition challenges, such as port privatisation and pioneering the use of PPPs in new markets. Two notable examples are Pulkovo Airport and Mersin Port projects:

•    In 2010 the Bank financed the first PPP in Russia - Pulkovo Airport, a 30-year BOT concession. EBRD provided US$ 100 million for the project in parallel to other IFIs (IFC, NIB, VEB, BSTDB and EDB) and commercial banks. The Project has received a number of prestigious awards including by Infrastructure Journal, Euromoney Project Finance and EMEAFinance.

•    In 2013 EBRD supported Turkey’s first ever infrastructure bond with a US$79.5 million participation in a US$ 450 million Eurobond, launched by Mersin International Port (MIP), the private operator of the port of Mersin, on the Mediterranean coast in southern Turkey. Successful placement of the bond on a foreign stock exchange, which attracted a broad global investor base, demonstrated new ways of financing infrastructure investments in Turkey, and will encourage other infrastructure companies to diversify their sources of funding.

To date, the Bank has financed nearly 40 infrastructure PPP projects for a total of €2.1 bln in direct private sector financing across the transport and urban infrastructure sectors, including projects in water and waste water (15), roads (9), airports (5), district heating (4), urban transport (3), ports (3), and national rail (1). These leveraged an additional €3.2 bln in other private financing from commercial lenders or other co-financiers. However, significant transition challenges remain, including amongst the Bank’s countries of operations which are now EU Member States, to establish PPPs as a mechanism for delivering key infrastructure. This demonstrates the persistent and complex issues in improving the efficiency of infrastructure management. The Bank’s strategy is to support projects which enhance the level of private sector participation in infrastructure, tailoring its approach to each country based on the stage of transition and the specific circumstances. Other important areas where work is still needed are, for example, the legal and regulatory framework, and addressing operational activities such as performance-based road maintenance through the reform aspects of the projects it finances.

One of the important areas of the infrastructure project preparation is the environmental assessment. If the project documentation fails to comply with with lenders’ requirements in respect of environment, it could cause issues and delays with project implementation. To ensure timely financial closure and implementation of infrastructure PPPs, the government authorities/PPP grantors should undertake substantial preparatory work on the environmental and social project assessment prior to the PPP tender launch. This should include proper public consultations and development of an environmental and social action plan for implementation by the concessionaire.

EBRD pays careful attention to the analysis of the environmental and social aspects of the infrastructure project and only finances projects compliant with the EBRD Environmental and Social Policy.

Improving and extending the infrastructure ranks as a top priority for the region given the widespread acknowledgement that adequate infrastructure is a key driver for growth and increased competitiveness in a globalised economy. At the level of sector organisation, moreover, properly structured infrastructure supports regional integration and promotes social inclusion.

At the level of sector organisation, there is a general need to increase competition in infrastructure through sector liberalisation, reducing the remaining price subsidies and removing distortions in tariff-setting. To attract more funds to infrastructure, the role of the private sector in infrastructure needs to be increased. This can be done by strengthening existing private operators and increasing further private sector participation, including through PPPs or joint ventures.

However, EBRD has over the past 20 years working in the infrastructure sector seen that all successful infrastructure projects have three things in common:

–    They all have a strong underlying business case. A good project generates both an economic and a financial return through sufficient lasting demand for the new or refurbished infrastructure in areas in which that infrastructure has a significant positive impact on the well-being of economic actors.

–    They are all supported by a strong financing and contractual structure. All are built on robust project finance structures that achieve bankability, legal enforceability, and environmental compliance while helping to expand the capacity of institutions to regulate, monitor, and evaluate projects.

–    They all can depend on sustainable funding sources. The diversity of experiences shows that creativity and adaptability are often essential. Funding may come either from user charges alone or in combination with predictable, stable, and credit-worthy public sector support.

Obviously, funding an infrastructure project is a vexing issue in developed countries and emerging markets alike; it can be a tough political challenge. Yet the search for funding must be a top priority for both the public and private sectors if infrastructure investment is to accelerate and economies are to continue to grow. The bankability of infrastructure projects — enhanced by new revenue sources and supported by enforceable contracts designed to match local institutional capacity — is what will accelerate their delivery.

We see a number of infrastructure PPPs in preparation by national authorities (e.g. roads in Russia, hospital infrastructure in Turkey). A good pipeline of PPPs is starting to emerge in certain sectors. However there is still lack of properly prepared PPPs at the regional level. It is important for regional authorities to allocate necessary budgets for preparation of bankable PPPs, with strong business cases (including rigorous economic internal rate of return analysis), a focus on “the user pays” principle and other underlying funding sources from the public sector, as needed. The support given by national authorities to the regions plays a key role. It is also important that regional authorities choose an open and competitive tender route for the selection of private investors. We often see directly negotiated deals or weak tenders lacking in transparency and competition.

EBRD is willing to work closely with national and regional authorities and assist them with preparation of bankable PPP projects and developing methodology for selecting projects, including on a case by case basis through provision of technical cooperation grants.