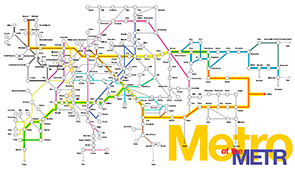 The MIR "White book" is a collection of visionary articles and statements, focused on the future development of transportation and communications in the METR region (Middle East, Europe, Turkey and Russia). Our authors are intellectuals and decision makers representing major construction, railway, road, industrial, aviation, financial, consulting companies, as well as municipalities, governmental, nongovernmental and intergovernmental institutions. In many ways, these White book articles define the "building blocks" of the mobility of the future.